Note: Here in the Driftless Area where I’m writing this, it’s still the Solemnity of the Immaculate Conception.

In medieval art, the Immaculate Conception is depicted by Mary’s parents, Sts. Joachim and Anne, meeting and embracing at Jerusalem’s Golden Gate. According to an apocryphal work called the Protoevangelium of James, Joachim and Anne had been barren, but an angel visited Anne to announce the birth of a child. She then met Joachim at the Golden Gate as he left the Temple after offering a sacrifice. The Golden Gate is the eastern gate of the Temple Mount, and tradition said that the Messiah would enter Jerusalem through this gate. The legend and the image link the Blessed Virgin Mary with the Golden Gate; she is the true “Gate of Heaven” through which the Messiah enters the world. Here’s a painting of the scene by Giotto:

The Golden Gate, known in Jewish sources as the Gate of Mercy, is pretty interesting in its own right. To quote Wikipedia:

“According to Jewish tradition, the Shekhinah (שכינה) (Divine Presence) used to appear through the eastern Gate, and will appear again when the Anointed One (Messiah) comes (Ezekiel 44:1–3) and a new gate replaces the present one; that might be why Jews used to pray in medieval times for mercy at the former gate at this location, another possible reason being that in the Crusader period, when this habit was first documented, they were not allowed into the city where the Western Wall is located. Hence the name ‘Gate of Mercy’.”

It is also said that Christ entered Jerusalem through this gate on Palm Sunday. Some say that the Ottoman Sultan Suleiman the Magnificent bricked up the gate to prevent any Jewish false messiahs from entering it. “Suleiman” means “Solomon,” thus recalling the builder of the Temple. The Golden Gate enters into the Temple Mount, so the Solomon-Suleiman connection is fitting.

The shutting up of the gate fulfills the prophecy of Ezekiel:

“1 And he brought me back to the way of the gate of the outward sanctuary, which looked towards the east: and it was shut. 2 And the Lord said to me: This gate shall be shut, it shall not be opened, and no man shall pass through it: because the Lord the God of Israel hath entered in by it, and it shall be shut 3 For the prince. The prince himself shall sit in it, to eat bread before the Lord: he shall enter in by the way of the porch of the gate, and shall go out by the same way.” (Ezek. 44:1-3)

Based on this prophecy, Christ not only entered the city through the Golden Gate, but He might also have exited through this gate on His way to the Garden of Gethsemane after the Last Supper. That would explain, “to eat bread before the Lord,” i.e. to establish the Eucharistic Sacrifice. The gate that only the Messiah may pass through, and which no man may enter, also points to Our Lady’s perpetual virginity. 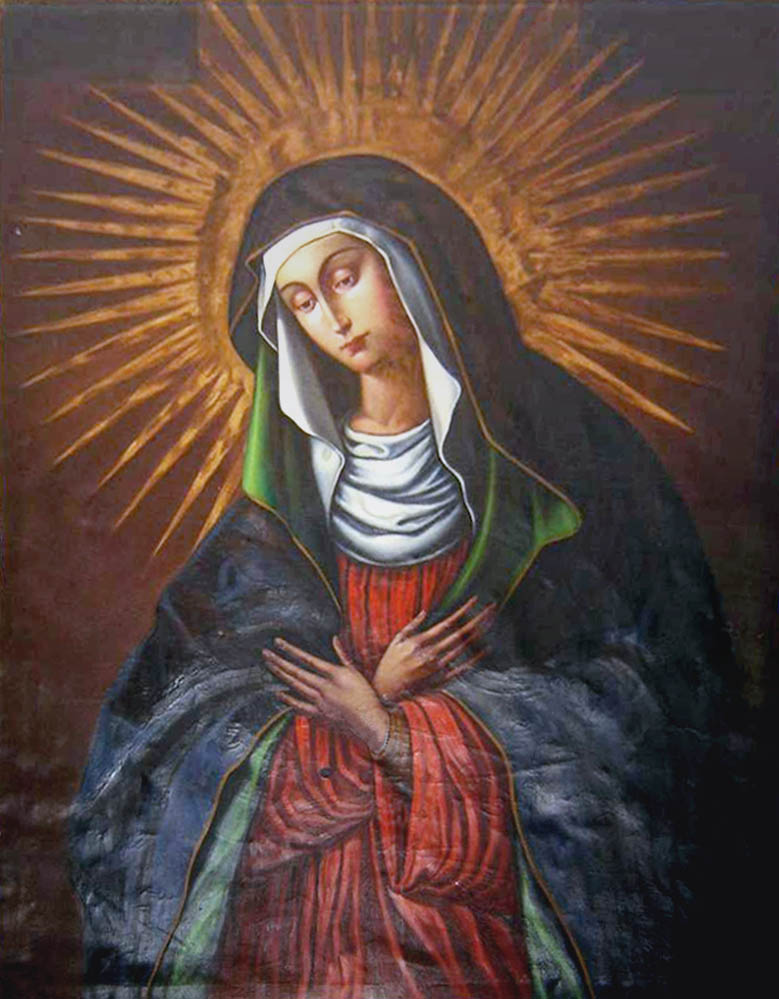 2 thoughts on “The Immaculate Conception, the Messiah, and the Golden Gate”